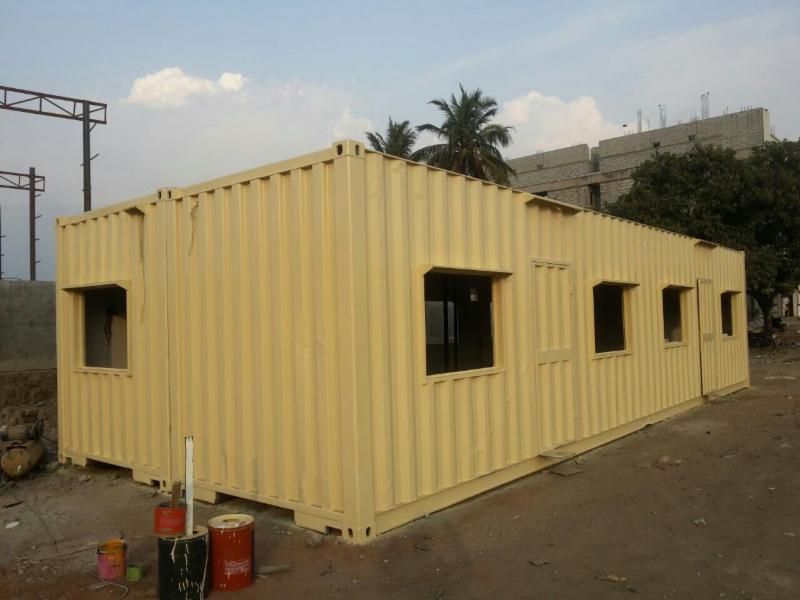 Toes in the Dirt and Water 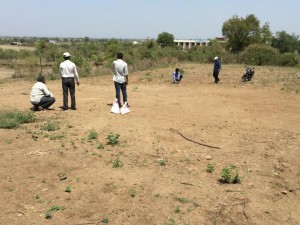 With two months until monsoon season begins (and continues for almost three months) and four months until the new school begins at Grace Bible College (GBC), India, we’ve got our feet and faith in the dirt here… literally! I’ve shared in previous articles that the idea for shipping containers to be turned into dormitories came to me last year as a way of getting the dorms on this two acre campus with less capital outlay in a more expedited way than traditional building methods.

“Let’s roll with it!” For the past months, funds have come in providing enough to order the shipping containers and dig the footers, and yet not enough to complete the project. However, with dark monsoon clouds forming somewhere far in the west, I said “let’s roll with it” and a few days later I arrived here. 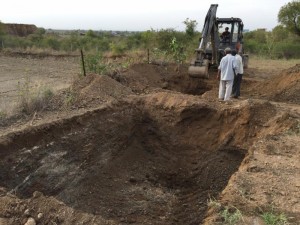 It’s interesting to note that on the very day the men dug the first dirt for footers and septic system this week, it was hard NOT to notice that the exact amounts of funding we needed began to show themselves at the office back in Colorado Springs.

In staff prayer meeting in Colorado yesterday, it was mentioned that maybe the Indian dirt and the water in the Jordan River are similar by way of provision. It took the Israeli priests demonstrating their faith as they touched their toes into the water, for the Lord to provide dry ground for the nation of Israel to walk into the promised land. (Having said that, I am quick to point out I’m not opposed to planning and longer time frames, however I felt a definite direction from the Lord on this, as did our board and Dr. Pramod Tantarpale, principal of GBC and their board.) 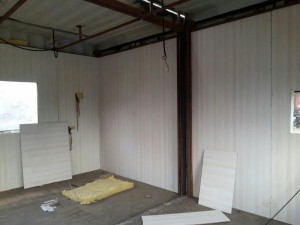 The five 40′ x 8′ shipping containers in Mumbai have been cut up for dormitories with windows and doors, and are being insulated and electrified. Four will be dorms, one will be the bathroom and shower block. The footers are being poured in the next number of days; more toes in the dirt and water. In just days, the containers will be loaded on trucks and hauled here. More raw faith exposed in dirt and water; must mean that more provision is on its way! Join me, won’t you? We still need approximately $50,000 to complete this phase that will involve more buildings. Invest in this project and these young people with me.

This is cutting edge missions (pun intended) and stuff of the future; we’re not doing this for our own sake. Let’s be clear; the future belongs to the Lord and these young people, not us.

Years after you and I are gone, some little child will point to a footer and say, “Daddy, what’s this?” and maybe he’ll say, “That’s a part of this building that keeps it strong. It was put here when a lot of people we’ll meet someday in heaven got together and prayed and helped put this building here so I could get the education I need to help many know Jesus.”

Put your toes in the dirt and the water with me.

Ministry Opportunities
Contact our office for more information and to apply at (719) 302-3028.
If you are looking for VBS or AWANA projects, we have them!
Baptism Class in India