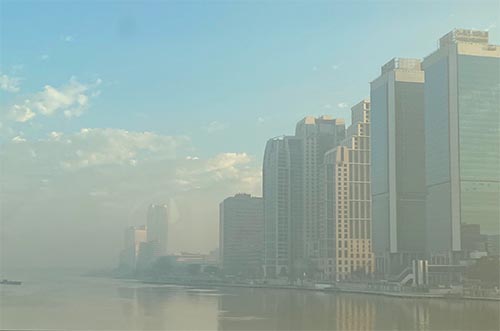 A winter’s day in Cairo where temperatures can dip to below 50 degrees at night…a cold and lonely place to be, especially for a new refugee from Sudan…

This month, we look at the third area of IM Summer Ministries; I’m so thankful for all the Lord has allowed, and the impact of many lives touched for Christ through you and each of our teams in the Middle East and India.  As Dee and I were praying together for the Ministry this morning, we both reiterated our desire that through our lives and ministry that people would see the Lord Jesus and be drawn to the saving knowledge of Christ and access better lives. Paul shared in Philippians 1:20 that he wanted Christ to be exalted through his life and through even what he would leave behind.

I wanted to share with you a new area of ministry in Egypt that we have moved into in 2022 – ministering to Christian refugees fleeing the unending conflicts in Sudan.  We’ve been preparing for this new ministry launch behind the scenes for almost a year now, primarily focusing on training and preparing our staff in Cairo. But God has already done much of that, because several on our Cairo staff have already ministered in Darfour to widows and orphans, and all of our growing team in Cairo have huge, courageous hearts to reach refugees.  So together, we’re moving through doors we feel the Lord has opened for ministry: helping refugees from Sudan in one of the most populated cities in the world: Cairo (Read the article on The “Secret” Tragedy of Millions of Sudanese Refugees in Egypt for more information). 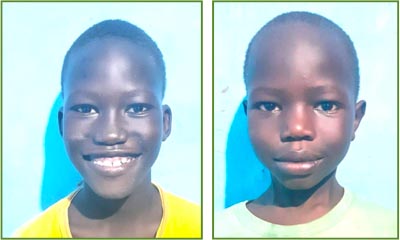 Brothers Hazim & Ali’s dad abandoned them (& their brother) when they fled persecution in Sudan. Their mother can’t afford the $11/month school fees because she is barely able to feed her sons.

As many as five million Christian Sudanese have fled persecution by Muslims only to have found a weak and unsteady refuge in Cairo. Our staff is partnering with several Sudanese church leaders in Cairo who are sanctioned by the government of Sudan to help bring education to the families in Cairo.  Indigenous Ministries brings food, care and spiritual stability in Christ through the Child Sponsorship Program to these families in desperate need.  Next steps will be adding Bible studies, discipleship and church planting.

The effect of this cannot be overstated.  We have watched the eyes of a hopeless widow light up as a new dawn rises in her heart!   I’m always moved to tears myself seeing a widow’s eyes flood with tears on hearing the news that her child was being brought into the Child Sponsorship Program.   Instantly she realizes two things: First, her plight of uncertainty is over, and second, there truly is someone in this world who cares! This is because of your commitment to stand and help and not turn away.

HELPING PERSECUTED SUDANESE REFUGEES Paul shared in Philippians 4:17 that we together in partnership in ministry have the opportunity to have more “credited to our account,” as we give what is most precious to us, like the woman with the alabaster jar and anointed the feet of our Lord Jesus. The value of her bathing the feet of the Lord was of immense value – the value of a year’s wages. Bible scholars feel that the fragrance of her sacrifice filled the air as the Lord Jesus was on the Cross.

This was a sacrifice in preparation of the Lord laying his life down for the saints. What we are doing through the care and sponsorship of children assists in church planting and evangelism. I would equate this action of assisting the orphans and widows in Egypt and the sponsorship of refugee children in a similar way of the gesture of the woman whose offering of the perfume was preparing the Lord for his first greatest work, the giving of His life as the ransom for mankind.

We participate with the care of refugee families, abandoned children, widows and orphans in the participation and preparation of the second greatest work that our Saviour will perform when he gathers his people, and his Church. The fragrance of your part and partnership will spread its aroma around the world to the Throne of Christ when the redeemed will enter into the Kingdom Christ has prepared for his Bride.

When I look at the word sacrifice in the dictionary, it is an offering that equates a loss to the offerer, but not so with us. The fragrance and tears of brokenness the woman used to bathe the feet of Jesus was both received by Jesus, and I am often encouraged by Hebrews 6:10, God is not unjust, he will not forget the love you have shown him as you have served His people and continue to do so. God will receive and multiply the sacrifices we make in his name and for his glory.

We have the ability to care for the refugee, the abandoned children, the widow, the orphan, the outcast, the persecuted, the marginalized, those who claim the name of Christ but are bereft of the power of the transforming work of God in Christ as the knowing him in a cultural recognition, and association, as well as those who have never heard of the salvation that is found in Christ. The Scripture reminds us in James 1:27, Religion that God our Father accepts as pure and faultless is this: to look after orphans and widows in their distress and to keep oneself from being polluted by the world.  Thank you for caring, and my prayer is that we will continue to seize the opportunities given us to bring people to the knowledge of Christ through our partnership in reaching a world that needs Jesus.  – John W. Cook. CEO

Ministry Opportunities
Contact our office for more information and to apply at (719) 302-3028.
If you are looking for VBS or AWANA projects, we have them!
How You Can Help a Sudanese Refugee in Cairo!Middle East Pastors’ & Church Leaders Conference
Scroll to top