The Face of the Next Generation of Pastors in India

I’d like to share a story with you…of two Grace Bible College alumnus. Two courageous Christians who exemplify the next generation of ministers in India in the midst of growing persecution and turmoil.

When Suraj enrolled at GBC and began his education, he experienced the same anxieties all first year college students face…a new campus life, a lot of homework, new dorm mates and new friends. Attending an all-English school meant his biggest adjustment was reading and writing in English. But nothing prepared him for what became his biggest life change…as he glanced across the student body in chapel one morning, he saw Suprita. And in that moment, he knew that she would be in his future. She too was very interested in this dashing young man and the romance took off.

It wasn’t long before a wedding took place. Soon afterwards, their first son arrived and life’s challenges just kept piling on…mostly because of their commitment to completing their Bible college education. Not everything went according to plan, and they struggled a lot, but theirs is a story of determination, persistence and God’s grace (we also helped with a little cottage off campus!). In fact, some who knew them at that time might even have wondered their ministry plans were not going to go the distance. But they dug in and kept on going; just as soon as Suraj received his BTH, he enrolled for his MTH. Their family grew to four as they welcomed their second son and Suraj finally graduated with his masters. 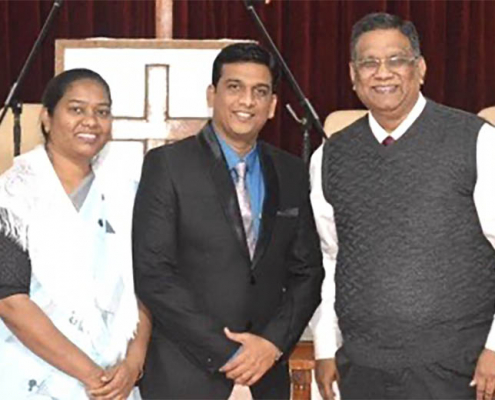 Suraj began serving as the assistant to the general director for a major denomination and as assistant pastor in a prestigious church. After years of serving together, his friend and mentor, the senior pastor, Dr. Rajiv turned to him and quietly said, “I believe the time is here.” Dr. Rajiv felt God was leading him to minister in another area and that Suraj was ready to take on the mantle of senior pastor. Suraj and Suprita may have spent years preparing for this day, but they were humbled at Dr. Rajiv’s recommendation. So on January 10, 2022, with his beautiful wife standing by his side, Suraj was installed as the senior pastor. The church leadership and congregation have joyfully accepted this young couple as their own new pastor, even though Dr. Rajiv will be sorely missed. We are praying for their ministry as India’s government is growing in hostility to non-Hindus practicing faith.

Their story is special and we love this couple dearly, BUT they are not the exception…they and others who have graduated from Grace Bible College have taken the DNA of GBC and IMI with them into a ministry of multiplication. Nationals reaching nationals with the gospel of Jesus Christ. As the ministry of GBC grows, we are asking the Lord for visionaries to invest into this ministry through IMI. To learn more about GBC’s expansion into the Middle East, go to https://indigenousministries.org/grace-bible-college/.
We invite you to join us in the exciting ministry of investing in training nationals for LIFE! 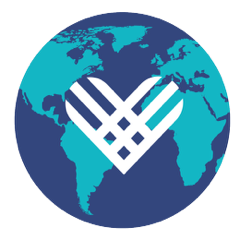 Ministry Opportunities
Contact our office for more information and to apply at (719) 302-3028.
If you are looking for VBS or AWANA projects, we have them!
YEAR END GREATEST NEED FUNDRAISER UPDATETHANK YOU FOR YOUR COMPASSION!
Scroll to top