THE PRESENCE OF GOD 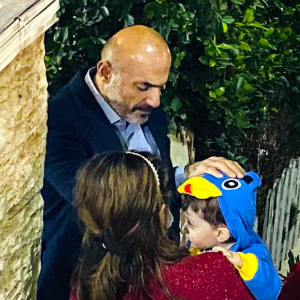 This month we’re looking at God’s presence. Desperate times, it is said, call for desperate measures…but often it is the desperate, difficult times that bring us to a place where we can engage with God’s presence in a fresh way. Jezebel (I Kings 18) was on a rampage of terror killing the prophets of God. Politically the kingdom was in chaos. The country of Judah was in the third year of a famine. Obadiah had desperately hidden 150 prophets in caves. Obadiah, a God-fearing man, was in charge of King Ahab’s palace and apparently times were so tough that he and the King were out together looking for grass for the royal horses. Perhaps Ahab just wanted to be out of the palace and Jezebel’s presence for a bit.

Obadiah came face to face with Elijah which was not a good thing. Obadiah knew that even mentioning Elijah to Ahab could mean his death, but Elijah insisted on speaking with the King. Despite a rebuke, he persuaded the king to bring all the prophets of Baal to Mount Carmel in a show down of political and spiritual power.

Elijah had set the scene so he started the drama: “There are many of you, so you go first. Choose a bull and prepare it. Pray to your God (Baal) but don’t start the fire.” Game on! Backed up by the powerful palace duo, A & J, how could they fail? The Baal Team was popular, well paid, confident and at no loss for theatrics. But this was no show; at stake was the hearts of the Israelites and their families. God was using going to use this day to draw the people to himself and bring a blessing on the land.

No matter what they did, Baal was silent and a no show. But they kept trying. When dancing, singing and yelling failed, they resorted to shedding their own blood…still nothing. Elijah even joined in poking fun at Baal.

At day’s end, the attention shifted to Elijah. One show this good surely couldn’t be out done by one man whose life clearly was at stake. As the blood dripped from the prophets of Baal, Elijah looked not to the King, but to the people, stepped forward and addressed them with, “Now come to me.”

Everyone gathered. He rebuilt the altar of the Lord that had been torn down choosing 12 stones for the 12 tribes, “in honor of the Lord” (18:32). He had their attention. Next, he dug a large trench, and after preparing the bull, he laid the bull on a pile of wood. Water was poured on the bull, the wood and per Elijah’s instructions; it kept coming until the trench was full. The stage was set!

Elijah prayed an amazing prayer, (18:36-37) ending it with “Lord, answer my prayer so these people will know that you, Lord, are God and that you will change their minds.” God may or may not have have whispered “alright.” But as he answered that prayer with a mighty fire from heaven burning the sacrifice, the wood, the ground around the altar and it dried up the water, minds were changed. The people said aloud: “The Lord is God!”

Elijah next kills all the prophets of Baal, triggering a massive manhunt for his life by the palace. Faced with persecution and death, Elijah ran.

But he also ran exhausted and afraid, perhaps forgetting some of the power of God he had just witnessed. When he stopped, he was in conversation with God who had something more for him to experience. Elijah was told “go and stand on the mountain in the presence of the Lord, for the Lord is about to pass by.” There was a wind so strong that rocks were torn apart, then came a strong earthquake and a roaring fire. God wanted Elijah to experience each of these dynamic and powerful displays. Hadn’t he just been through a similar display with the fire on the altar, the mighty wind and rain that broke the horrible famine? Yet these not the essence of the presence of God. Next, God spoke in gentle whisper, perhaps saying his name, “Elijah…” as Elijah emerged from the cave. God’s personal presence was not in the mighty show but in an exchange of intimate quite conversation with Elijah.

God gave Elijah a new perspective with his presence, and it was exactly what he needed. Elijah was strengthened, comforted and rested by God’s presence. He was also prepared for his next steps by this amazing encounter. No political threat from the King or Queen could take God’s presence from Elijah or the people of Israel.

Do the political and COVID conversations of these days overwhelm or discourage you? Today lean into God’s presence and respond to his whispered invitation to fellowship with him. Scripture is full of his promises to you – here are two I love:

“Am I a God at hand, declares the Lord, and not a God far away?…Do I not fill heaven and earth? Declares the Lord.” Jer. 23:23-24. “My presence will go with you and will give you rest.” Ex. 33:14. Are you weary? Isaiah 40:28-31 has special strengthening and encouraging words for you today. May the Lord bless you and show his presence specially to you today – Dee A. Cook

Ministry Opportunities
Contact our office for more information and to apply at (719) 302-3028.
If you are looking for VBS or AWANA projects, we have them!
Special prayer requests and medical needsEaster in India
Scroll to top