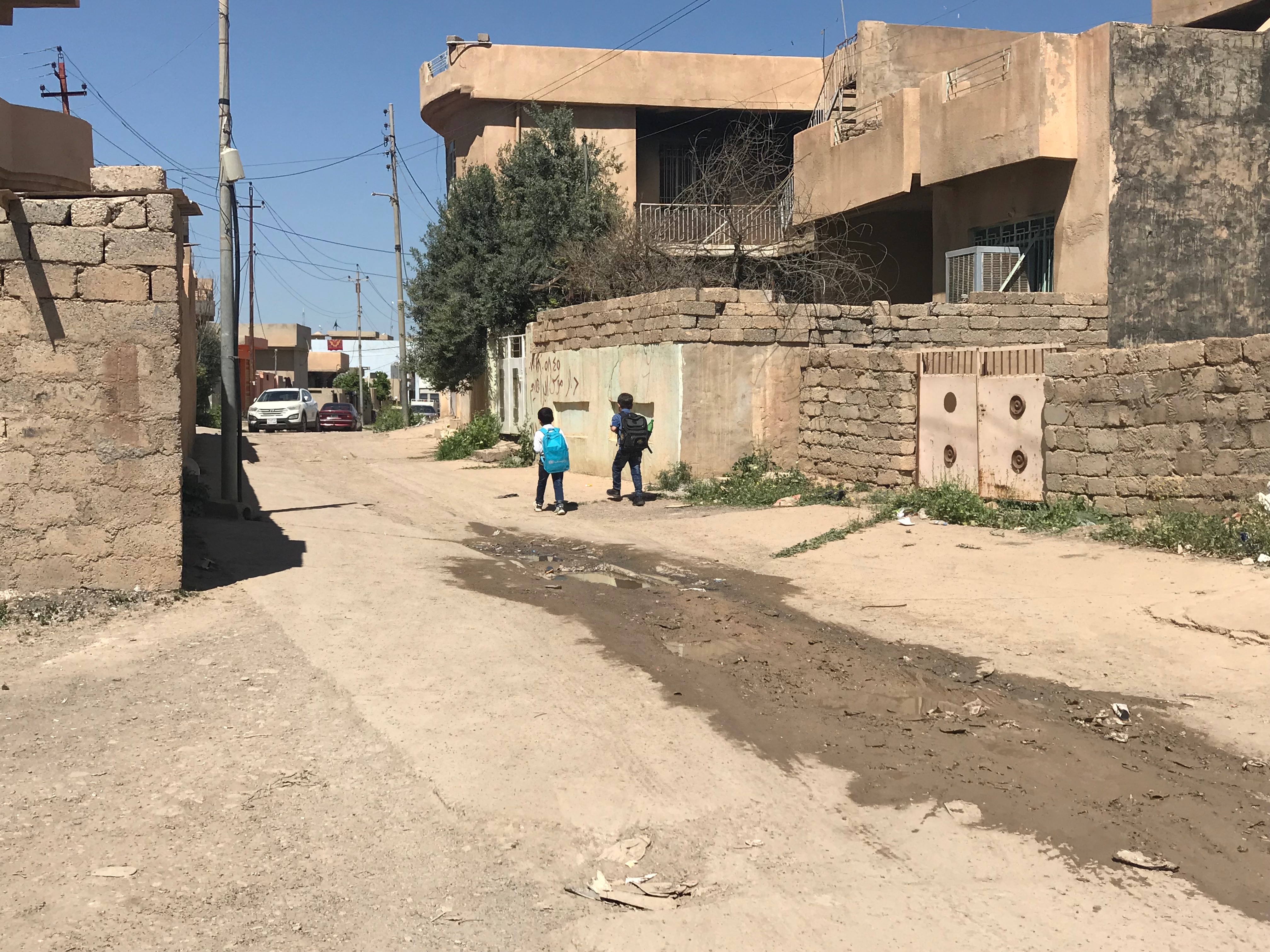 Highlights: Last month was a busy month in Iraq with the ministry. First, we’re excited to announce that the Indigenous Ministries office in Kurdistan is complete. John and our team found just the right amount of new and used furniture along with office supplies for use. Next, additional staff was hired for administrative and video work and intensive training went on for days. A special joy was a large food distribution at one of the refugee camps, and John and Dee met with refugee families under our sponsorship. There were four women’s meetings held. The men of the church had a BBQ fellowship where John spoke. There were meetings with ministry teams reviewing past projects, working on current projects and planning future direction together. There were times in prayer together, times around the Word as John preached, and of course we ate good Iraqi food together celebrating the Lord’s goodness. 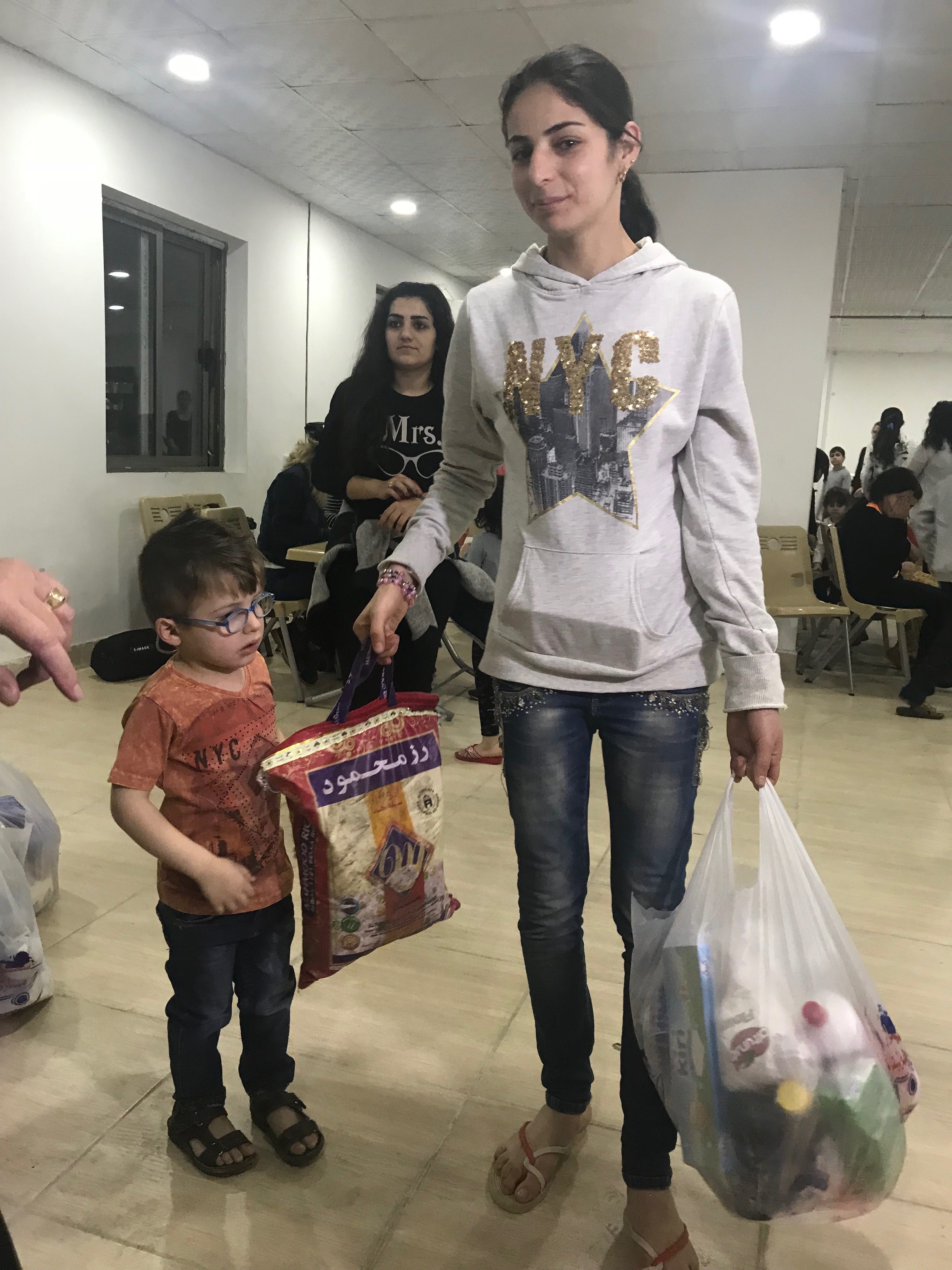 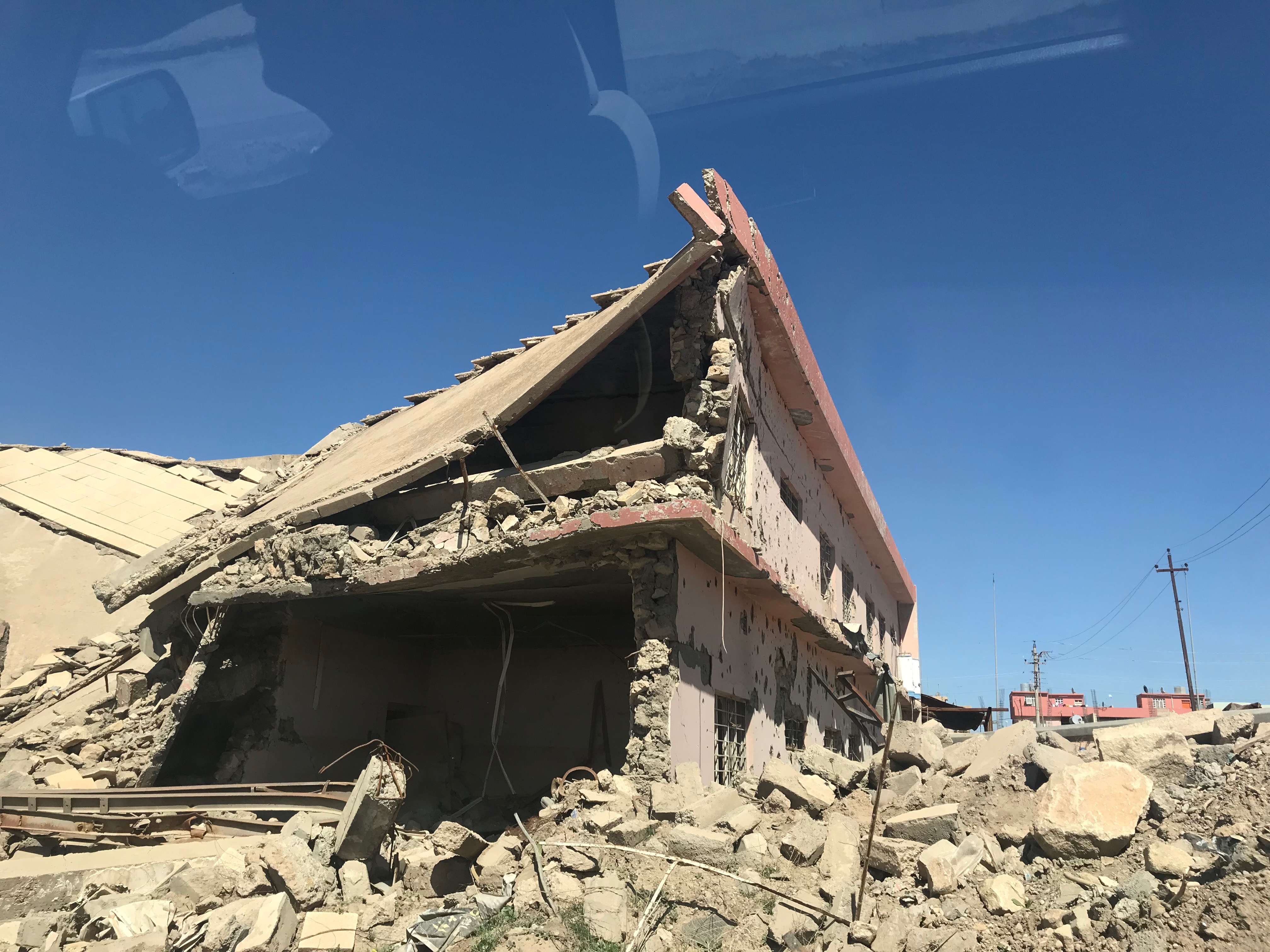 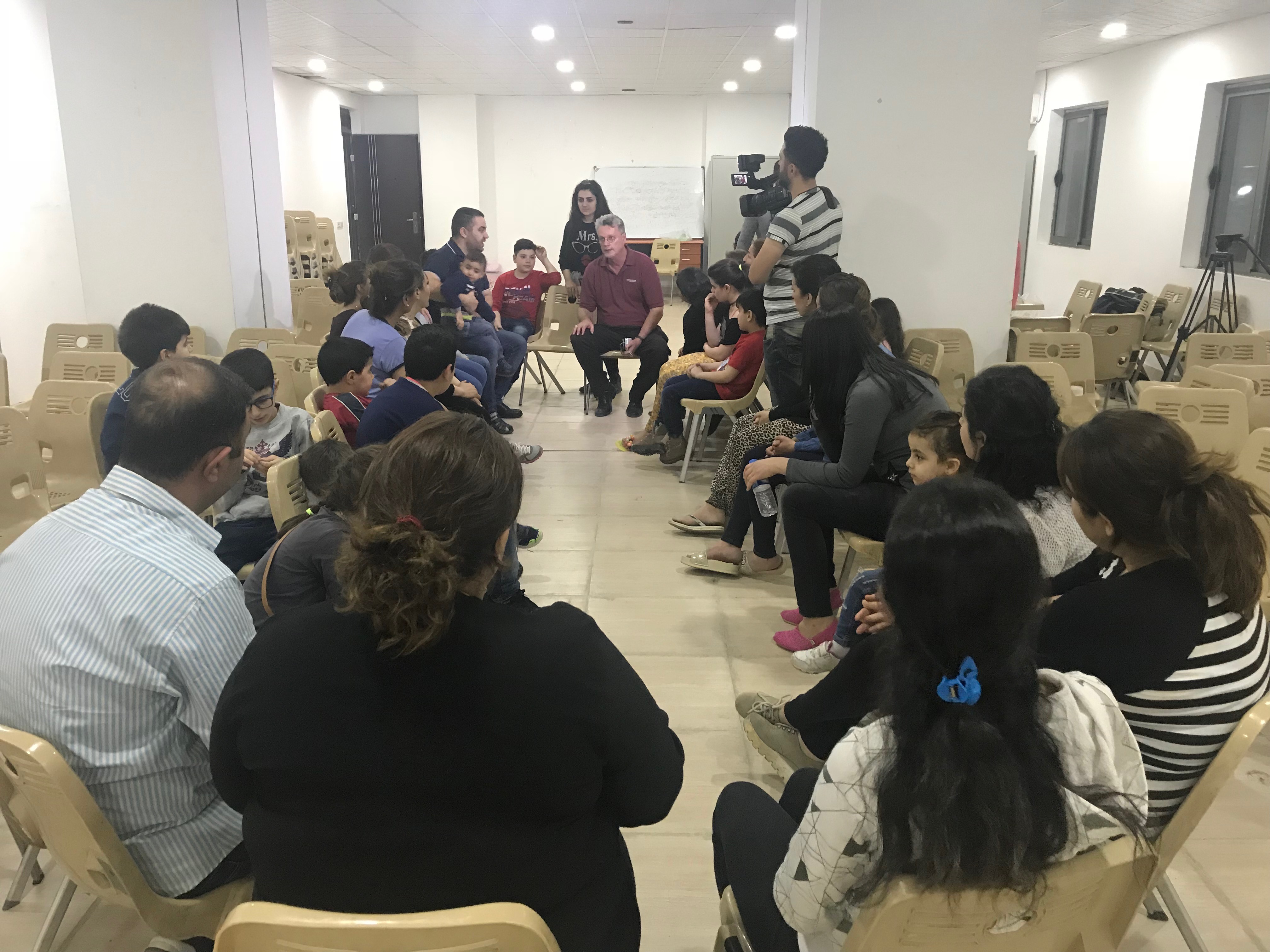 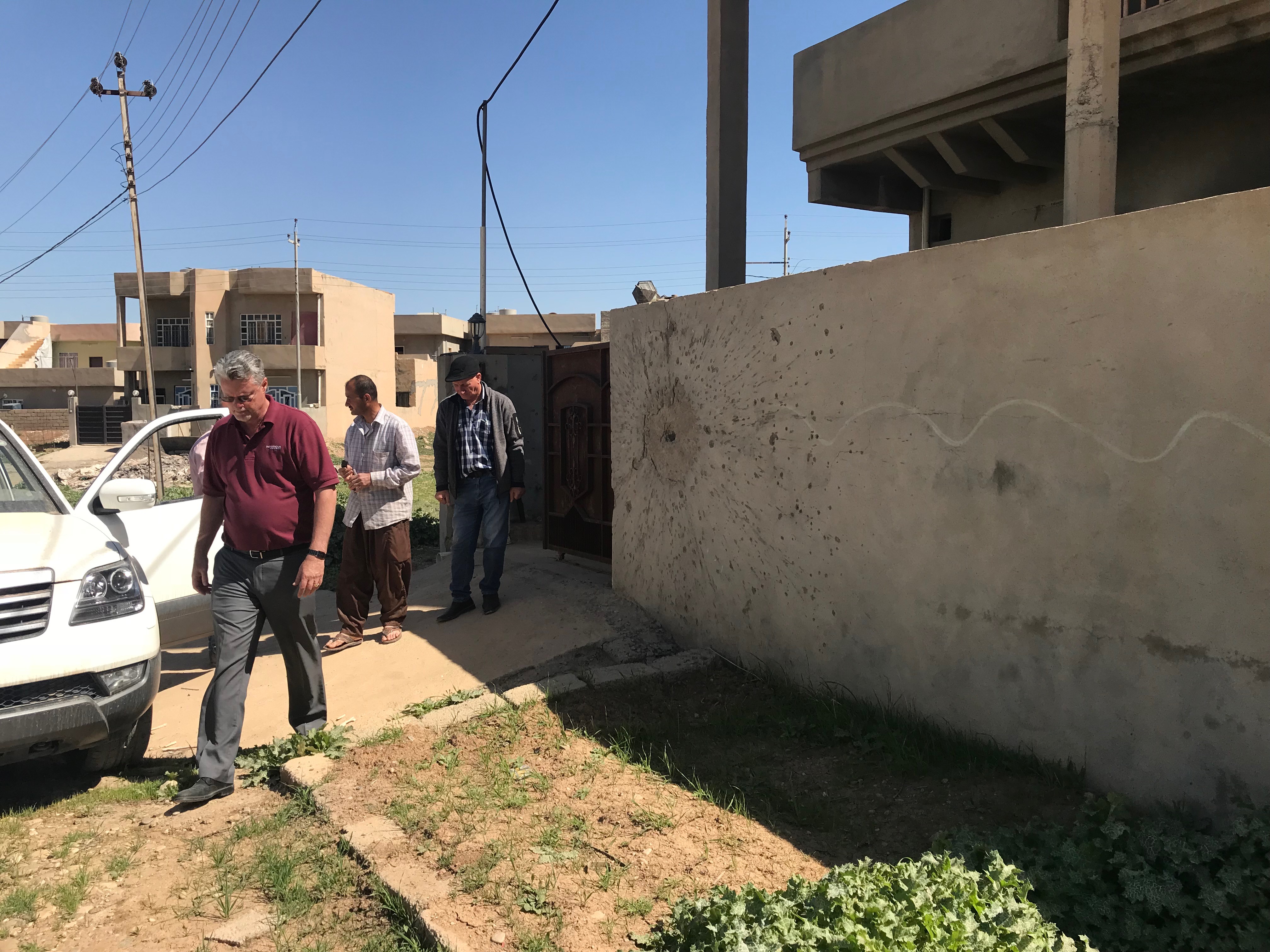 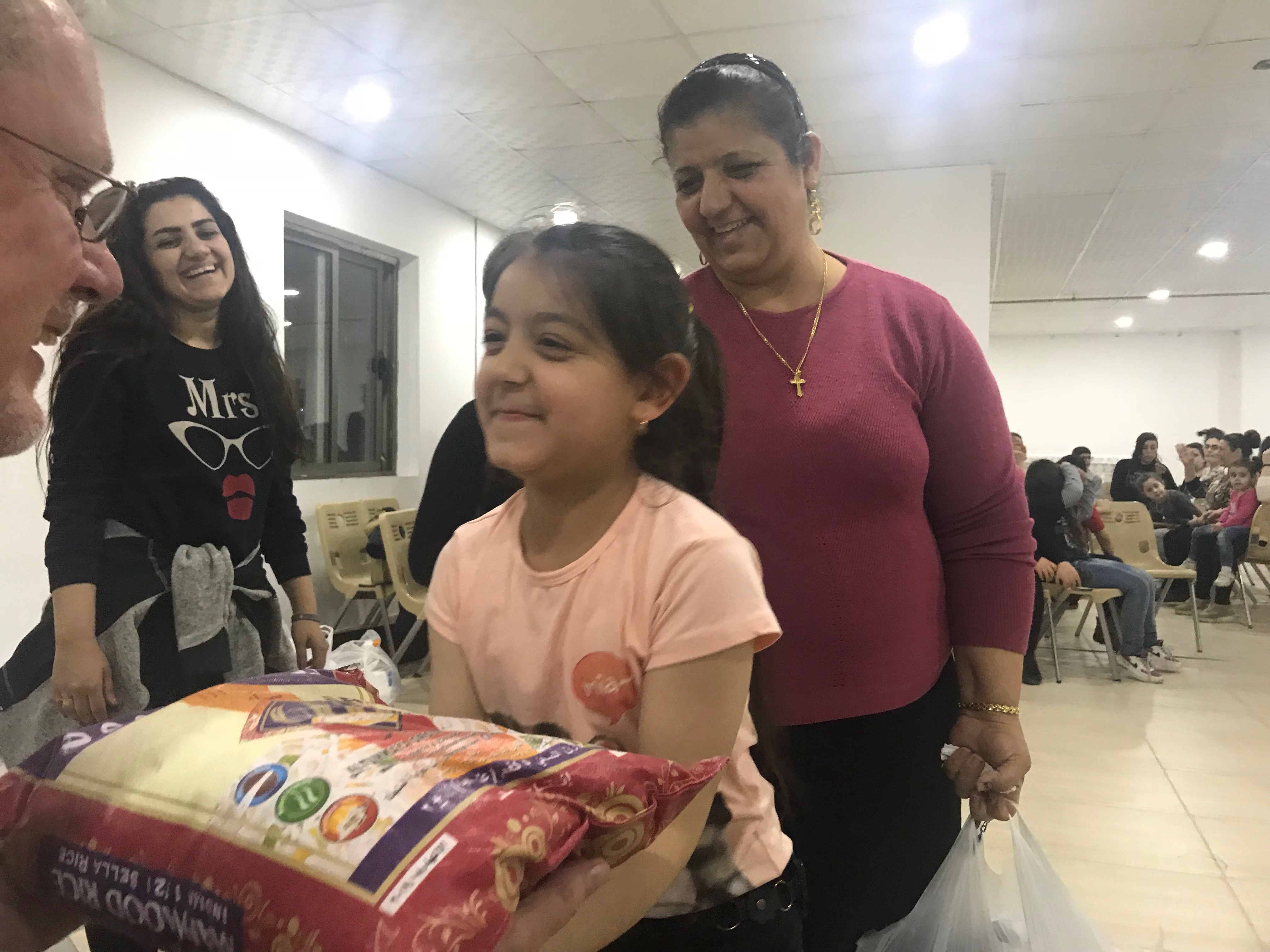 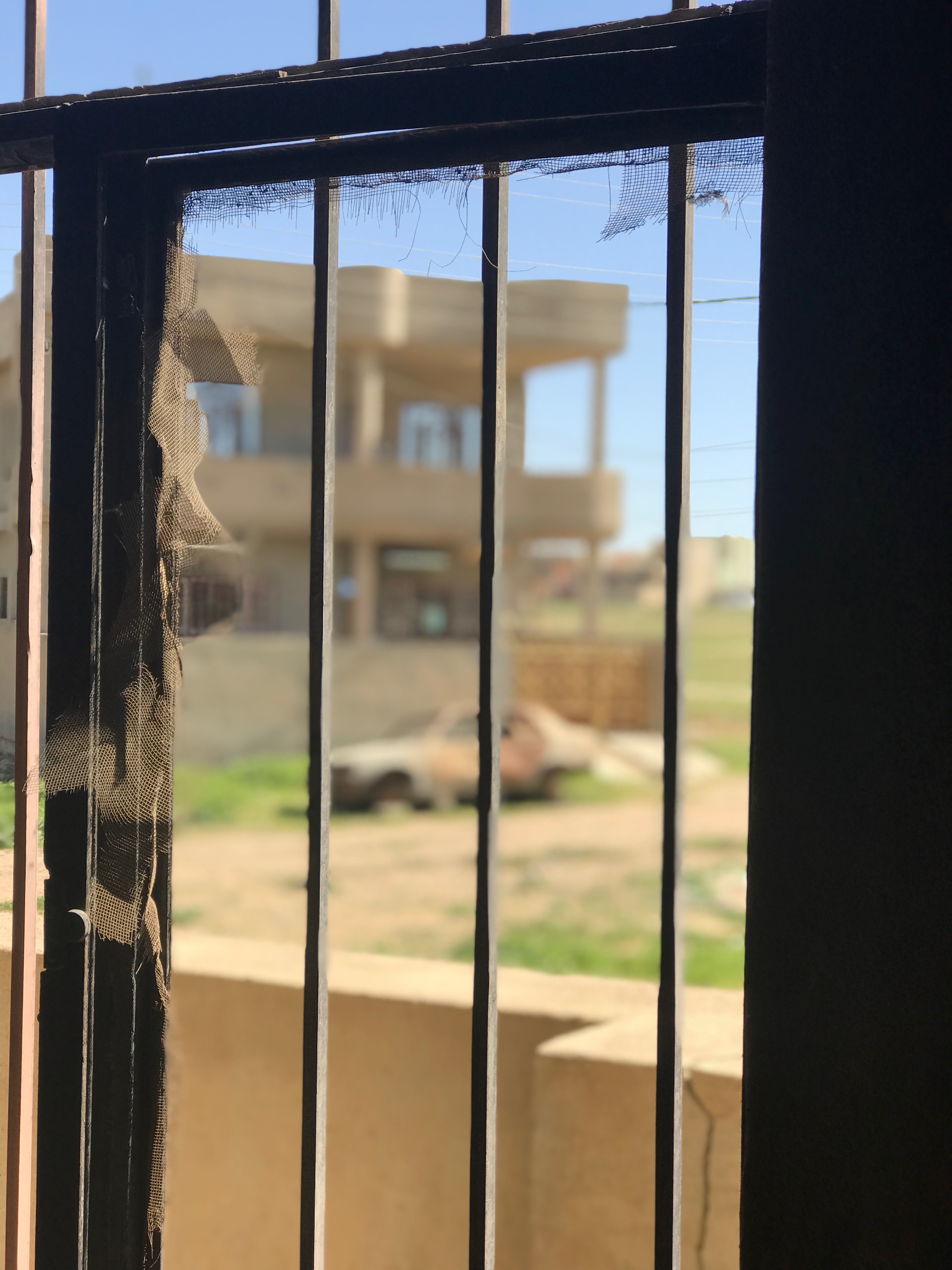 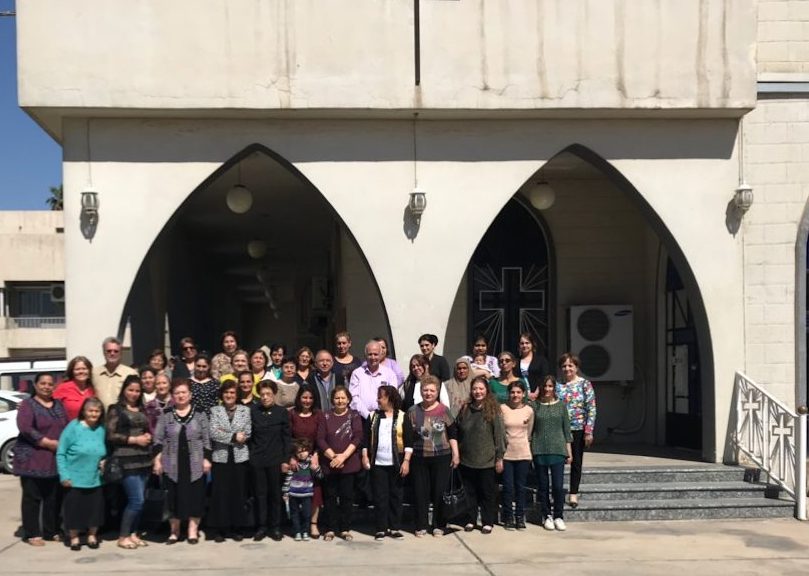 Refugees return to a war zone: It was, however, visiting the areas where refugees are going back home, that was one of the toughest sights to see. Street conditions range from half decent to horrible dirt roads with holes. Post-war debris of burned out cars, tanks, building rubble, pipes and other miscellaneous junk lay piled up outside of town, and the schools and buildings that are operational look bleak. Out of every 10 homes, 4-6 are either totally destroyed, greatly damaged or deserted. For those with resources, the reconstruction is going well; there are big piles of sand, rock and building supplies in the driveway and street. But for the majority, it’s not going so well. Many people will never return; they simply don’t have the heart or desire to. Others don’t have jobs or resources to rebuild. But, there are some who are doing both. 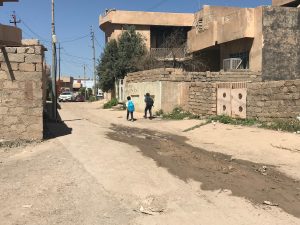 How long until normal is restored? Life in these neighborhoods is slowly coming back online with the sounds of backpack ladened children chattering together walking home from school. Dogs bark and women hang up clothes, and neighbors chat in the streets. The outside farmer’s markets, once massive and a supply channel for the large city of Mosul, struggle to supply locals with what they need now. This is farm country, and we met with one of the residents who had joined our church plant after fleeing ISIS with his family in 2014, living in refugee camp in Erbil. Recently he and his family moved back to their home town. He took us five miles outside of town to his verdant green farm plot. Straddling overgrown rows, he picked armloads of sizeable onions, peas, carrots and cabbages, which soon filled our vehicle with their just-picked aroma. God has His hand on this country for blessing, not for war or disaster, but it will take a lot more than vegetables to bring back “normal.” Other seeds must be sown.

Ministry future: Pray with us as plans are developed and prayed over with national ministry colleagues for integrating fellowships in these post-war areas. More to come on that later.

Ministry Opportunities
Contact our office for more information and to apply at (719) 302-3028.
If you are looking for VBS or AWANA projects, we have them!
Number of Refugee Children in Program Hits 126!Results of Sponsoring a Refugee Child in Iraq
Scroll to top