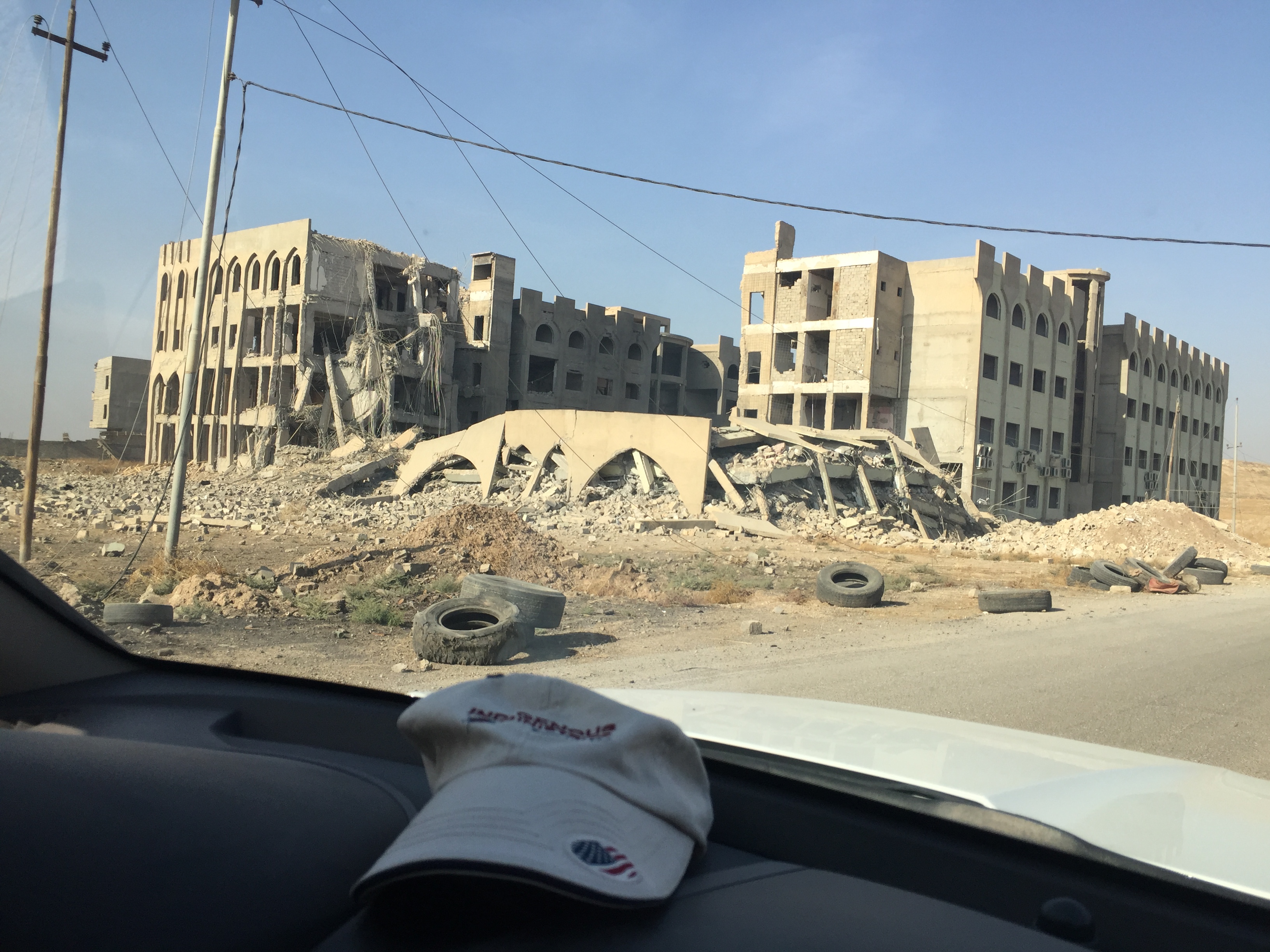 Dr. John and Dee ministered in Iraq in November 2016. This is a continuation from December’s issue of John’s visit into recently liberated Qaraqosh and Karamles. 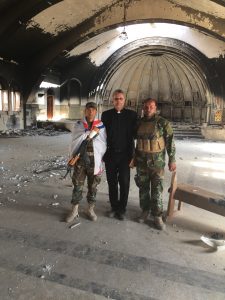 Dr. John with Nineveh Protection Unit soldiers. These Christian men fled ISIS, along with 60,000 other Christians.

People were walking behind me as I stood staring at the enormous, burned and desecrated church. I turned to see two Nineveh Protection Unit (NPU) soldiers.

The NPU is made of exiled Christians who have volunteered to serve under the Peshmerga Fighters. Under the guidance of Iraqi police, they have been able to push ISIS, or Daeesh, forces out of Karamles.

The two men were from Qamishli, Syria (I ministered in Qamishli in 2011). When it was announced that any Christian could volunteer for the NPU, they were both tired of running and decided to join the unit. As Christians, they went to Iraq to find protection from ISIS in Syria. They and their families settled in Qaraqosh and felt reasonably secure. However, ISIS entered their city, and again they had to flee to Erbil for safety, along with 60,000 other Christians from the Nineveh Plain.

I saw a cross hanging from one soldier’s ammo pouch. I took the men in my arms and prayed. Walking to the command center, I found two generals from the NPU. They shared amazing stories, stating if the Lord had not been with them, they would have been overrun by a superior force. They seized weapons from ISIS, and in just a few hours moved as a unit clearing streets, tunnels, houses and cisterns of hidden ISIS fighters.

Unfortunately, ISIS fighters rigged many homes with tires fashioned into explosive booby traps, leaving streets filled with the acrid smell of burning rubber. What amazed me was hearing the general speak with genuine humility that not one of his NPU soldiers was killed in the fighting. Some were wounded, but no one was killed. He said Jesus Christ was watching over each of them in the battle, and God strengthened their hand to overcome those who sought to destroy Christians in this city and other cities on the Nineveh Plain.

The goal of Daeesh forces has been to wipe every Christian from Iraq and build their “caliphate” upon the seized wealth of homes and businesses. I could not help but think of the work Indigenous Ministries has done to help these Christians through protection, encouragement, food and daily needs. I thank God for your prayers and gifts to bring them aid relief.

Many of our supporters have asked, “What can we do about ISIS?” There are several things to understand as we look at this crisis. You have helped in a very real way to battle ISIS by caring for the people they sought to destroy. It gave people time to think of what is truly valuable and many have put their trust in Jesus Christ. They were Christian, but now many know the true Christ. Please hear me when I tell you we have overcome evil with good, just like the Lord told us to. Next month we will explore how the church will rise from the rubble in Iraq.

Demolished homes and businesses in Qaraqosh and Karamles, Iraq 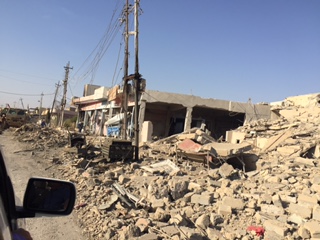 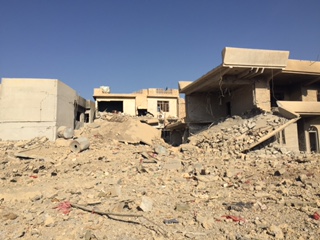 Ministry Opportunities
Contact our office for more information and to apply at (719) 302-3028.
If you are looking for VBS or AWANA projects, we have them!
Egypt Child Sponsorship Program

A Challenge for the New Year
Scroll to top