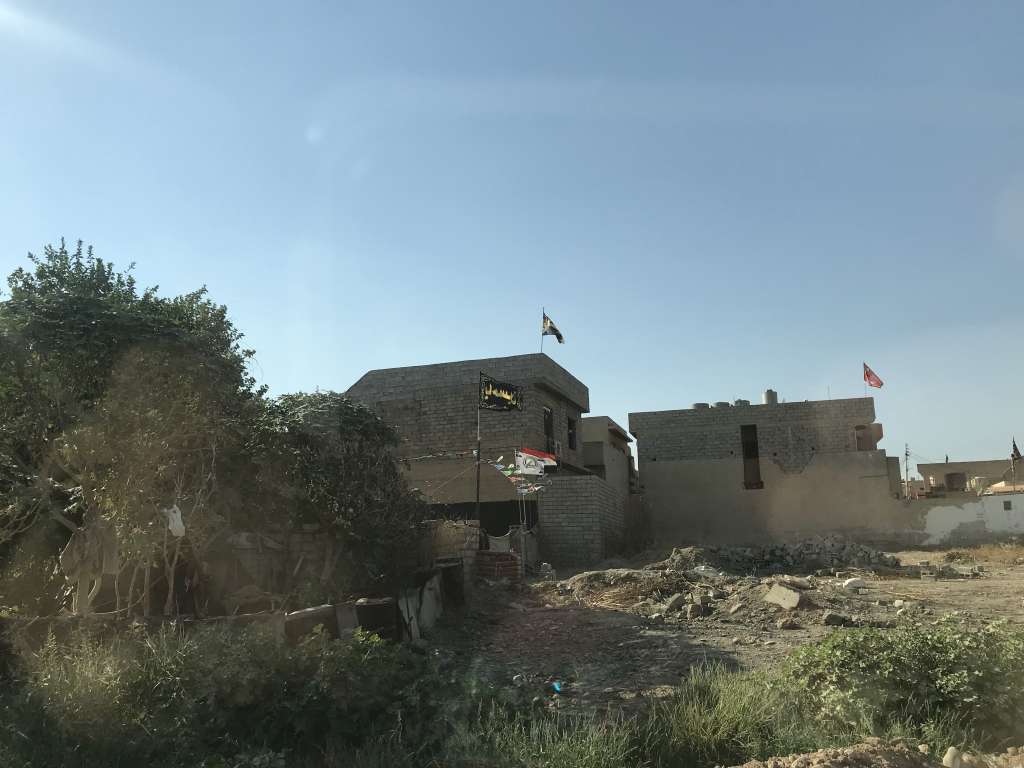 As Dee and I were with our staff heading to a refugee clothes distribution on the Ninevah Plain, Iraq earlier this month, tensions of the last several days were heavy in the air. Protests across the country were rampant. New Shia flags fluttered over village homes signaling that the unrest and revolution would soon come to this area where we were. Crossing the same checkpoint a few weeks ago had been easy, now it was tense.

Many of us look at widespread protests throughout Iraq asking, what’s the problem? What is happening to Iraq?  Let me share a few insights that may help you in some understanding.

The country of Iraq has some of the richest oil reserves in the world with a daily production of $252 million. But the benefits of such wealth are not reaching the people. Many streets are in disrepair, infrastructure such as stable, 24 hour electricity is non existent in many areas.

Clean water is not accessible to all; Basra’s water is taken from the Tigress/Euphrates and is highly polluted. The water coming from the tap smells of oil and chemicals, and the fumes will ignite if a match is put to it, making it not just bad tasting, but deadly. In one month’s time, over 111,000 became deathly sick from this water.

Young people who have college education en mass cannot find jobs. Tens of thousands are taking to the streets to protest with their own bodies as the only weapon they have. They risk standing unarmed in the face of their own army shooting them down in the streets. And thousands have died standing for a change.

Dear friends, these are the last days and Satan knows his time is short. He is doing all he can to cause turmoil, destruction and death which is his desire. I just got off the phone with one of my dear pastor friends in Baghdad and told him that we are praying for him and for his congregation that he serves in the middle of all of this.  These families are my heroes.  He has two children and his wife is expecting their third in February. Yet he is faithful to the Lord, to the Word of God and to his congregation.

What can we do?  First, I’m asking you to join with me and pray for Iraq, and follow the directed prayer guide (see page 4) for this country and the ministries that are going on daily within the country. Secondly, we have made a commitment to Iraqi pastors and two churches to stand with them and regularly we follow up with this commitment.  Thirdly, we are engaged in reaching refugees with aid, food, education and the gospel in three critical areas of Iraq, and 74 of these children (all unsponsored) live in Baghdad. I am asking that you prayerfully take up the sponsorship of two or three of the children.  Pray for these refugees and consider sponsoring two children (see page 4).  Fourthly, we’re establishing a vocational training center for young people outside of Mosul to help youth with jobs.

Ephesians 4:6 & 6, “Do not be anxious about anything, but in every situation, by prayer and petition, with thanksgiving, present your requests to God. And the peace of God, which transcends all understanding, will guard your hearts and your minds in Christ Jesus.”

Ministry Opportunities
Contact our office for more information and to apply at (719) 302-3028.
If you are looking for VBS or AWANA projects, we have them!
PRAYING FOR IRAQ IN THE 2019 REVOLUTION