WHY DOESN’T INDIA HAVE MORE CHRISTIANS? 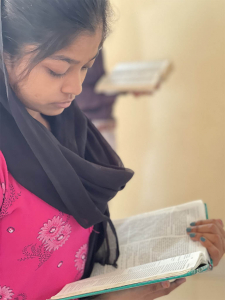 How many people in India are currently being reached with the gospel? India is the second most populated country in the world with a population of 1.387 billion people. The exact percentage of how many Christians there are in India is in debate, however the 2% figure is used by the Pew Research and the government while popular, doesn’t take into account pockets like the south with estimates that 25% or higher are Christians. In the Northeast states, Mizoram, Assam, Manipur, Meghalaya, Tripura, Arunachal Pradesh and Nagaland, the figures are 85-99% Christian.

Christianity is not new to India. In fact, it was the Apostle Thomas who came to Kerala, southern India in A.D. 52 and shared the gospel throughout the region with many coming to Christ. When Thomas led the king of Mylapore’s daughter to Christ, however, the king had Thomas killed, according to tradition.

The “workers” figure you see in the illustration means each worker needs to reach 50,000 people which is significant for one person. The time frame Joshua Project gives isn’t clear (in a year, over a lifetime?) so this number is a crude estimate at best, but it is something to use for a point of reference. 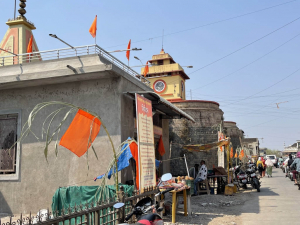 Above, a local Hindu temple in Maharashtra

With only one people group, the Kond people group having over 1% reached, the need in India is staggering. Persecution which has been a significant element in this story has been part of India’s Christians’ story, continues to this day. For centuries Christians in this region have suffered persecution at the hands of invaders, kings, other religions and even other Christians. This is a dark side of ministry which can either overshadow the purposes for which God has called us or can bring us into a closer focus on trusting in the one thing we know is certain: God is God and he doesn’t need to explain himself to us. He is also sovereign and with a love none of us can understand, wants ALL to hear and have the opportunity to come to a saving knowledge and live a life of relationship with Him. 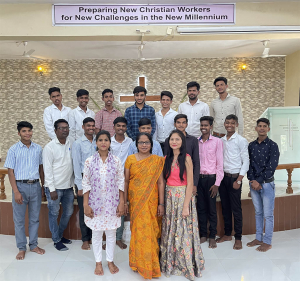 Above, this year’s GBC students who are from a tribal background. Each one shared the great need for the gospel in their tribal people group. Please pray with us for these students as they return to their villages this summer. Pray for open hearts and productive opportunities for them to share their faith back home.

Indigenous Ministries, in partnership with Grace Bible College in India is training young men and women with a biblical college education for a lifetime of ministry. We’re praying for others who are serious about seeing nationals trained for ministry to join us in this amazing ministry frontier with front row seats to what God the Holy Spirit is doing: Drawing Indian nationals to himself for his purposes! Praise God!

The Lord is not slow to fulfill his promise as some count slowness, but is patient toward you, not wishing that any should perish, but that all should reach repentance. II Peter 3:9

Ministry Opportunities
Contact our office for more information and to apply at (719) 302-3028.
If you are looking for VBS or AWANA projects, we have them!
THE URGENCY TO INVEST IN TRAINING NATIONALS!Backpack & School Supplies Fundraiser Update
Scroll to top